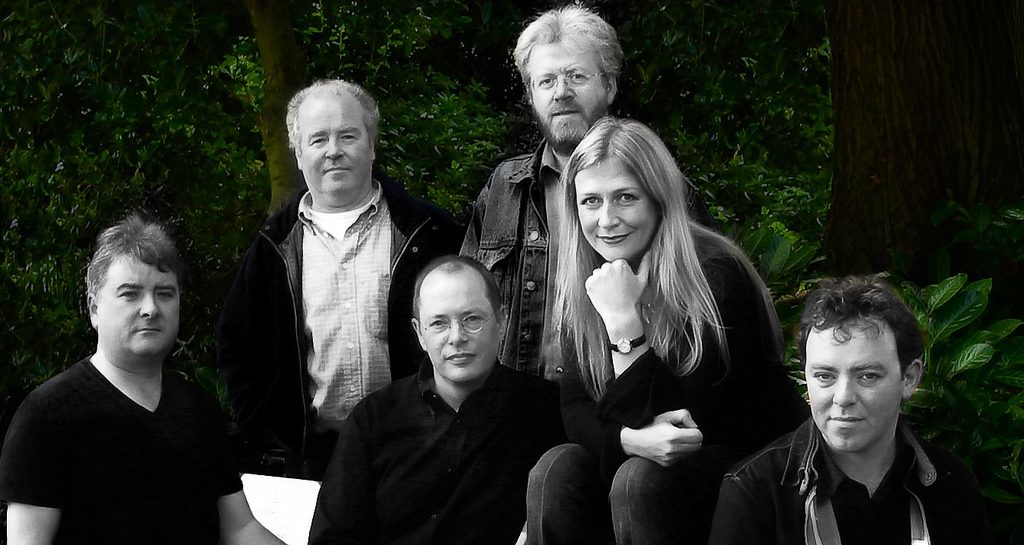 Altan have been long established as the best and foremost traditional Irish band to come out of Ireland.

This was recognised on November 7, 2006, when the Irish Government through An Post (The Irish Postal Body),honoured Altan by issuing a postal stamp featuring the band.

This award showed Altan’s immense impact on recent Irish culture at home and abroad and the growing popularity of Irish traditional music generally.

With their exquisitely produced award-winning recordings,their ground breaking ‘Island Angel’ recording going to no.2 in the Billboard World Music Charts in 1993, ranging dynamically from the most sensitive and touching ancient ballads all the way to the energetic foot-tapping reels and jigs, and their heart warming engaging live performances, Altan have moved audiances from Donegal all the way to Tokyo, to Sydney,Seattle and beyond.

Altan’s music is steeped in the rich and colourful heritage of County Donegal in the North West of Ireland.

Co. Donegal has a strong fiddling tradition from which Mairéad Ní Mhaonaigh and Ciaran Tourish get their inspiration and unique repertoire.

Mairéad is also from the Gaeltacht area of Gaoth Dobhair(A Gaelic speaking region) where she learned many of the songs which Altan have recorded over the years.

Altan have been touring consistently since their genesis in the early eighties, when Mairéad and her late husband ,Belfast flute player ,Frankie Kennedy decided to leave their teaching jobs and pursue a career in music and tour the world with their friends.

The Boston Globe wrote ,( Altan ) ”The hottest group in the Celtic Realm”
And the UK’s Q Magazine wrote “The Red Crow is a triumphant statement of the virtues of the traditional approach”
On their last recording ‘The Poison Glen’(2012), Siobhan Long of The Irish Times wrote ”Altan have never sounded better or tighter.”

Altan have always approached their music and arrangements with integrity and openness and have strived to share their culture to new expanding audiances worldwide.

On this new recording , “The Widening Gyre” their spiral of music expands , envelopes and includes friends and music that they have met on the road over their 30 years of touring professionally.
For this recording. during the summer of 2014 ,Altan went to the hub of country music, Nashville in Tennessee .There ,they set up camp in Compass Records own studios and co-produced this album with their friend Garry West of Compass Records and engineer Sean Sullivan.

They wanted to try a new, fresh approach to recording and reflect how they have widened their musical horizons over their career and with the help of Garry produced “The Widening Gyre”, the title being a reference from W.B.Yeat’s poem ‘The Second Coming’.

They jammed and recorded in the studio and produced tracks that spontaneously evolved as they chatted over coffee.Tracks like Buffalo Gals, Leather Britches and Leslie’s Reels; Thomasino.

Some song suggestions came about the same way, songs like Gypsy Davey which is a version of the House Carpenter and No Ash Will Burn, has led to a very different recording from Altan but which still retains their roots in Irish Traditional music.