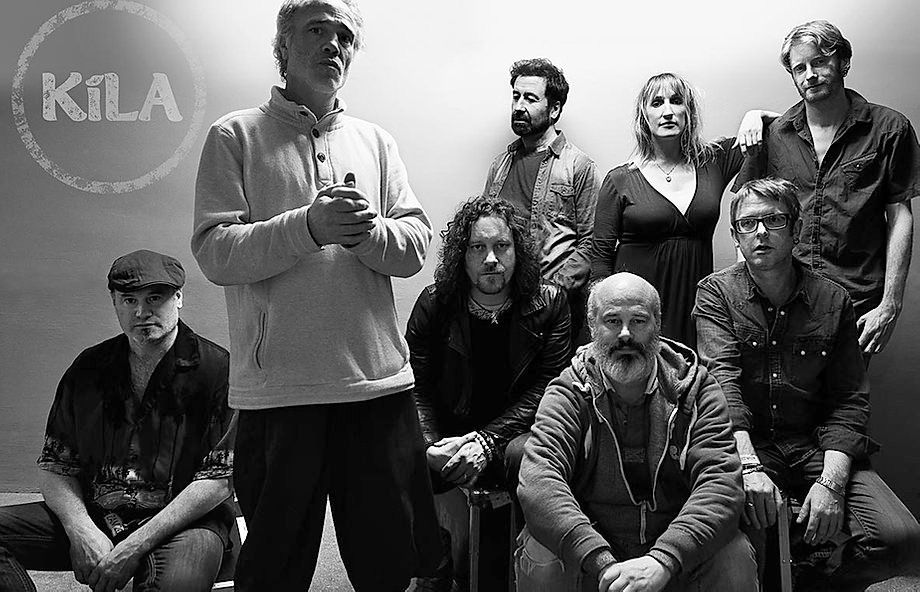 Kíla celebrated their 30th anniversary in 2017 and continue to sound incredibly fresh and exciting. Formed at school in Dublin in the late 1980’s, they are heralded as one of Ireland’s most innovative and exciting bands. Their unique sound has continued to evolve. Rooted in tradition, yet inspired by a myriad of influences and ideas from across the world.

The band continue to bring their ‘energetic, creative and wildly exuberant music’ (France’s Trad Mag), to festivals across Europe.The band are riding high on the success of their 2016 album ‘Suas Síos’, the writing of the remarkable music for Cartoon Saloon’s Oscar nominated films; The Secret of Kells and Song of the Sea, and the Emmy nominated documentary Ireland’s Wild River – The Secret Life Of The Shannon.

The band have produced 10 critically acclaimed studio albums and on St Patrick’s Day 2017, the long awaited Live album ‘Alive’, was released. Featuring fun and vibrant performances of favourite tracks from the vast Kíla back catalogue.

Whatever it is… this is it. Kíla are right there at the cusp of it… Somehow you get the feeling they lit the fuse for the big bang.Bono
One of the most beautifully euphoric live experiencesBBC World Review
Softly spoken off stage and complete lunatics on it, Kíla have torn up the rulebook with their wantonly eclectic mix of styles, Brilliant!Hot Press